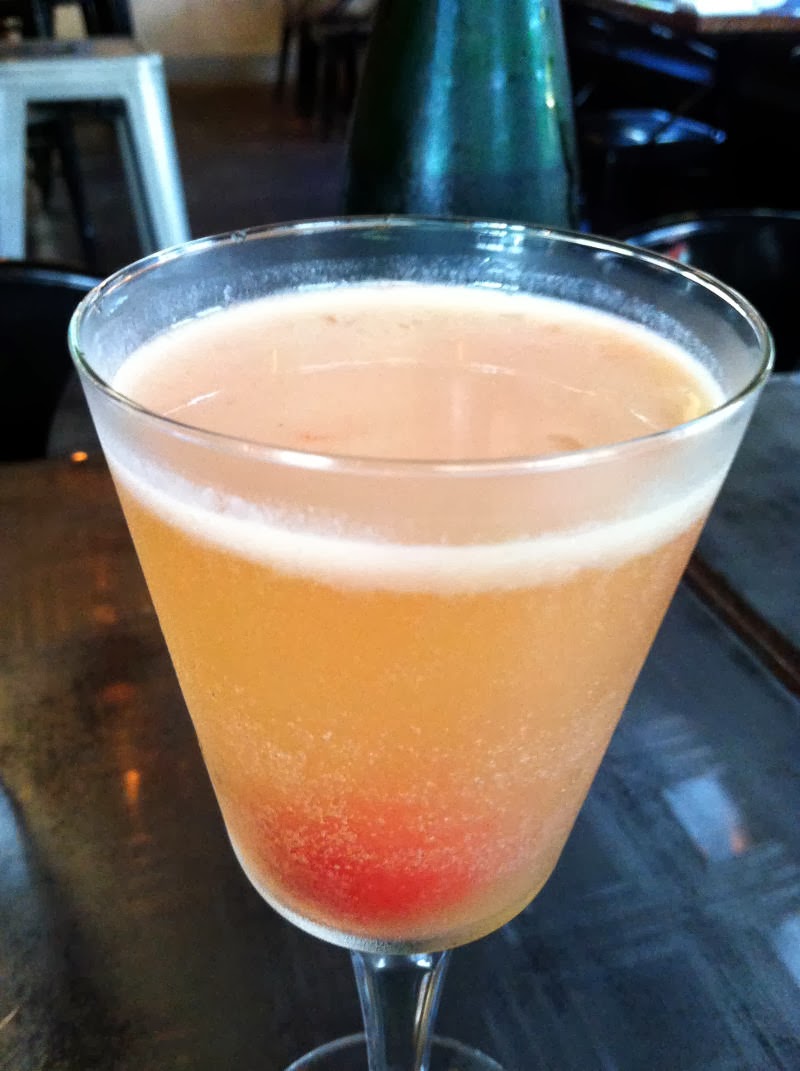 Have you ever had one of those nights where everything seemed to go wrong, but somehow ended up being quite all right? A couple of months ago, this exact thing happened to my friend Anne and I. We were all ready to attend a certain free event in the French Quarter and since we were planning on drinking, we decided to take a cab from my apartment. We called for a cab a half hour before the event was to start (6pm) and an hour later, there still was no black & white vehicle outside honking the horn. Grumbling about the unreliability of taxi cabs, Anne and I decided to just get in her car and drive to the Quarter.

Unfortunately, and perhaps unwisely, we were hoping for the best when it came to parking and were naturally disappointed. We drove around relentlessly, trying to find a decent spot, or even a pay garage nearby the event, but all to no avail. By this time, we were very late for the event which was quite close to being completely over.

Frustrated, parched, hungry and dressed up with no where to go -we decided to make a night of it anyhow and headed through the Marigny and into the Bywater to try a restaurant/bar we’d been talking about visiting for some time…Booty’s Street Food. 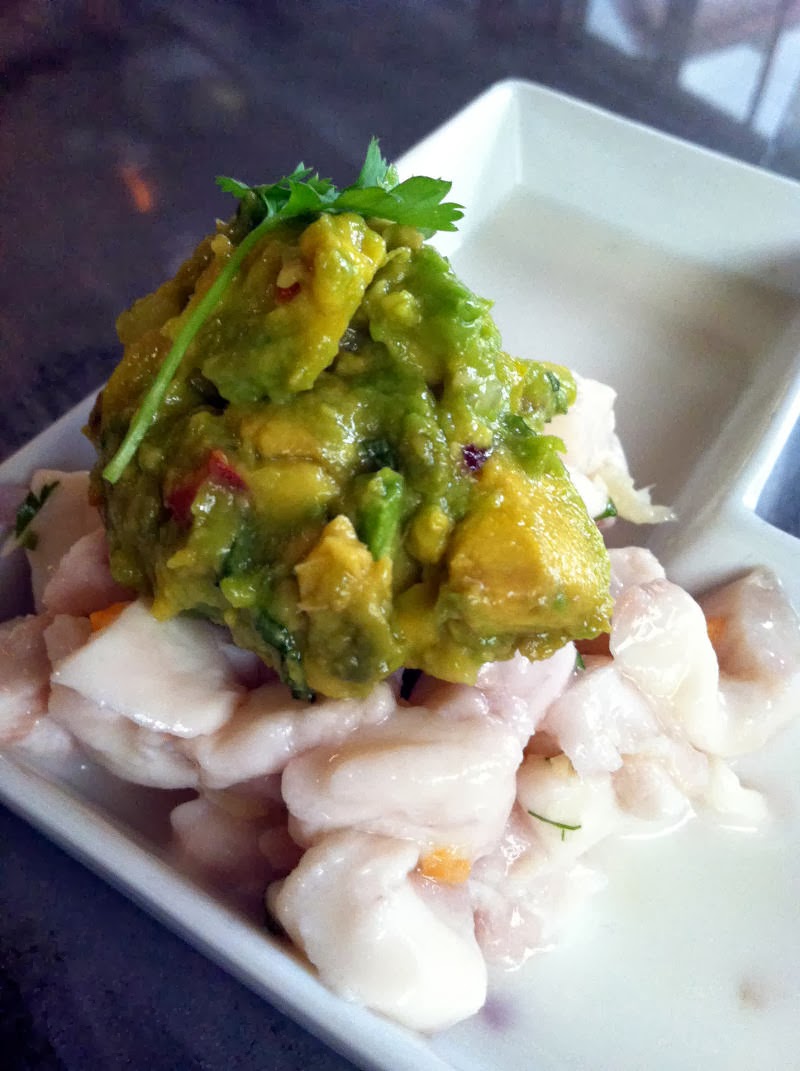 After the bustle of the Quarter, it was odd to drive up to the restaurant and find a parking place right out front on Dauphine Street. We strolled into the mostly empty bar and were told to seat ourselves. (*Warning, the chairs in Booty’s are totally awful and uncomfortable for my big booty, so if you’re even slightly larger than the average waif, I’d suggest sitting on the bench side of the table.) Our server was all smiles and totally accommodating, especially when she realized we’d likely be sampling one of every item on the menu…not to mention a few drinks.

Since this was an unexpected visit, I didn’t bring my camera and had to rely on my crappy iPhone for pics, but while the light lasted, they didn’t turn out half bad. We started out with a couple of cocktails, a Cottontail for Anne with vodka, ginger, elderflower, smoked velvet cream soda and lemon, and I had a Joyride with aged rum, house orgeat, cherry bitters, cava and lemon. I enjoyed the flavor of both drinks, but Anne definitely liked her Cottontail better, so much so that she wanted another one, though I encouraged her to try something different later on. 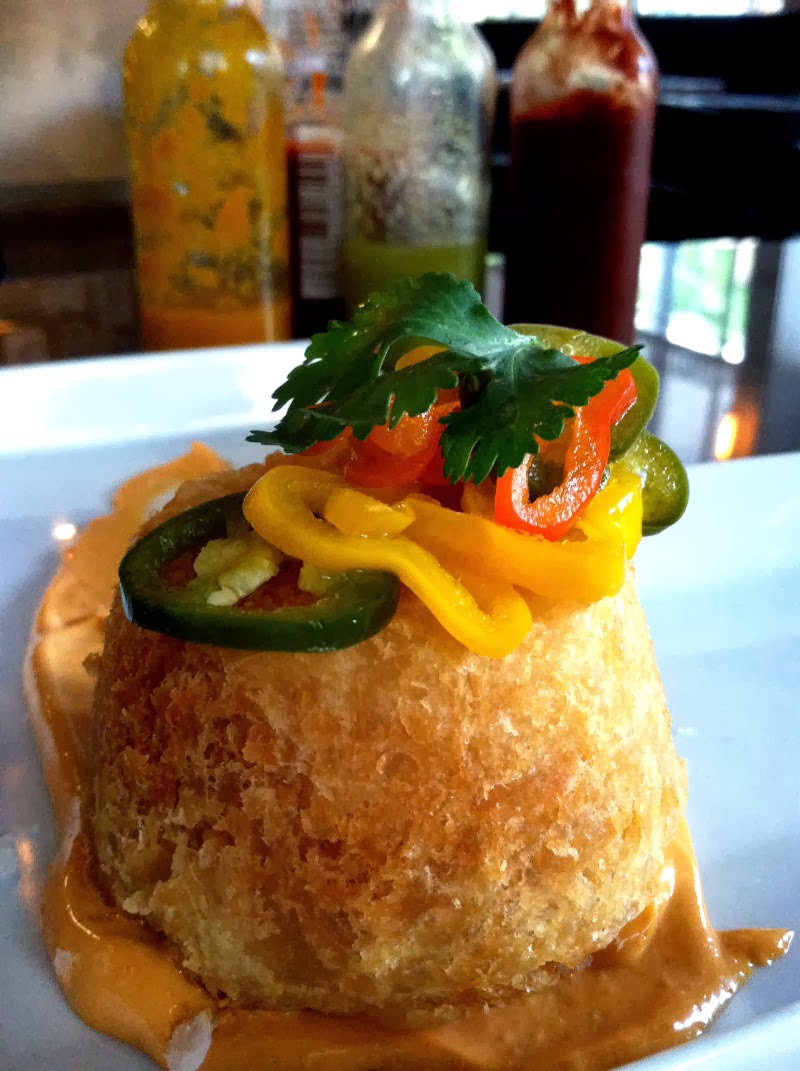 Booty’s concept is based on international street food and Anne and I wanted to take the world tour, so we started in Peru with their Ceviche de Coco made with local puppy drum, lime, onion, habanero, cilantro and (my favorite part) coconut milk. The fish was topped with “ensalada de aguacate,” basically an avocado salad, and together it made harmonious music in my mouth. I adore ceviche and this is one of the better ones I’ve tasted…ever…something about the sweet, heat and tang all rolled together and topped off by the creamy avocado. Yum. Yes, I am drooling on my keyboard again.

Next, we traveled east to Puerto Rico for Yuca Mofongo. Although mofongo is traditionally made with plantains (something we are not short on here in New Orleans), Booty’s yuca version was just as delicious. Essentially, it was a large, bell-shaped fritter, crispy on the outside and tender on the inside, and stuffed with roast pork. It was also served with their aji panca aioli (a dark red, mild pepper with an almost fruity taste) that our server really talked up for our next dish… 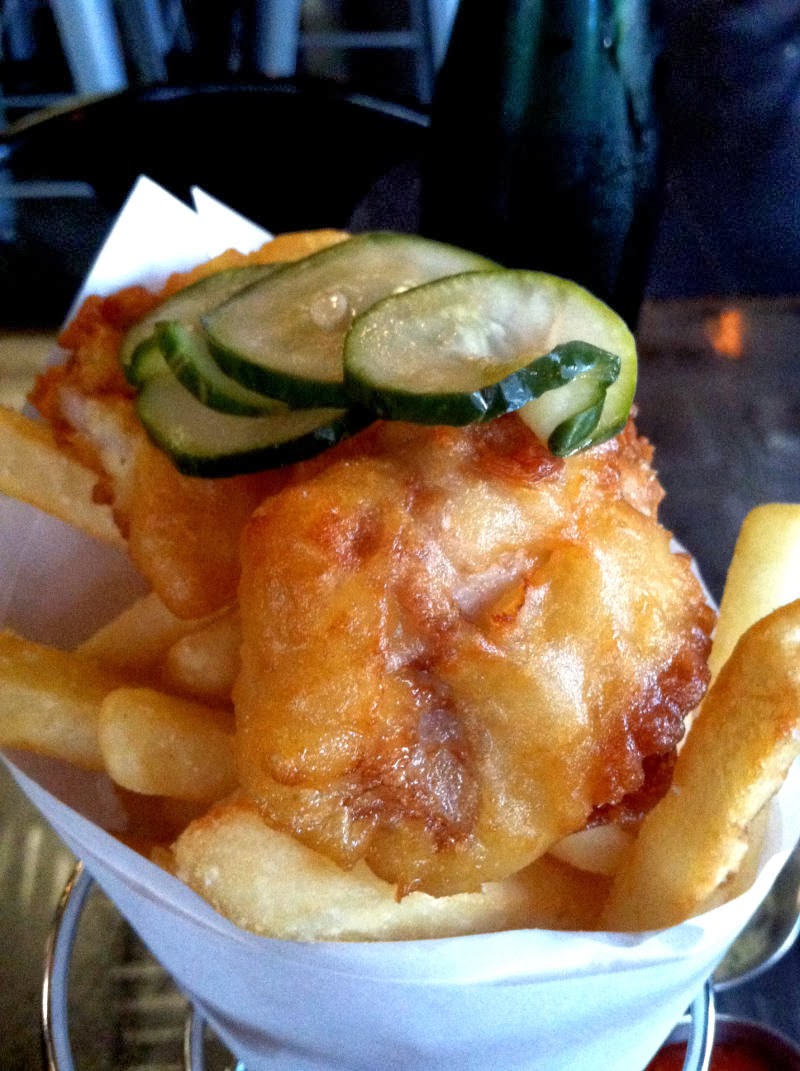 We crossed the Atlantic and landed in Belgium for some French fries served with our choice of two, house made sauces. Anne and I opted for the aji panca aioli and roasted garlic mayo. The sauces were quite tasty and the perfect munchable companions with our cocktails. It seemed a little off that the fries were the standard frozen variety. Don’t get me wrong, I am not one to scoff at any kind of fries, I just found it strange in a world where hand-cut seems to have become the norm.

After that, we headed back just a little northwest for some Fish ‘N’ Chips in England. Booty’s beer-battered and fried a local whitefish and served it with some more fries (we overloaded on fries), a house tartar sauce and curry ketchup. The fish was nice and crispy, but I wouldn’t have minded a bit of malt vinegar.

By this point, the journey begins to get a little blurry, not because we were drunk (it takes much more than two cocktails to floor me), but because the last three dishes were pretty disappointing. We went to Poland for a pierogi that was only so-so. That could be because this Polish dumpling stuffed with potatoes and cheese is rather bland compared to almost everything we ate before it. Perhaps if we tried it first next time? Anyhow, the follow up in South Korea, a kimchi pancake with pork belly hash would have been fabulous if not for the super-sweet, hoisin-like sauce that smothered everything beyond palatable recognition. To top it all off the dessert, the course I look forward to most, was a major letdown. We flew over to Vietnam for the Banana Sago Cream, a creamy custard with tapioca pearls. Sounds good, doesn’t it? Well, it would have been wonderful if the pearls had thawed completely. Yep…they were still frozen.

Good thing I only want to remember the first half of the night, because I’d like to devour the other half of Booty’s menu the next time I go. Wish me luck!