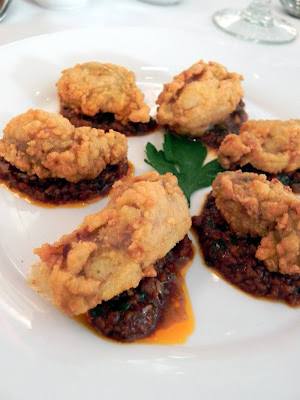 There are many places around town that evoke a sense of art, comfort, beauty and local character — a sense that this particular location could be found no where else on earth but New Orleans. Some are rather obvious like the historic French Quarter, Commander’s Palace or Jax Brewery, while others are far more subtle, yet no less resonant. One such establishment that retains this strong sense of place is Upperline Restaurant.

Last week, our friend Lorin invited John and I to dinner at Upperline and we were both very excited, not only to taste the classic local cuisine crafted by Chef Anthony Spizale (who recently took over the helm), but to experience that wonderful meal in the gorgeous “shotgun-turned-restaurant” decorated by owner JoAnn Clevenger. This was my 84th cheat and I am now down 80 pounds.

Not only does she own Upperline, but Mrs. Clevenger also works as the restaurant’s gracious hostess who seated us last week at one of the best tables in the house. At once, we were in awe of the ceiling-to-floor art displayed on every wall, most of which was created by Louisiana artists. When we could tear our eyes from the riot of color and creativity around us, we finally managed to select from a three course prix fixe menu. 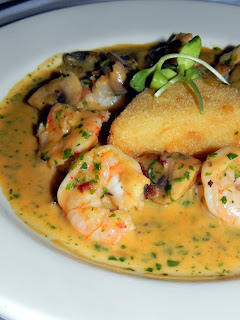 Soon after adorning our table with a large loaf of warm French bread and a thick slab of butter, our appetizers arrived. I went with an Upperline original, Fried Green Tomatoes smothered in a shrimp remoulade sauce. Crispy, tart and absolutely delicious, I was reluctant to share my tomatoes, but knew it would be the only way I’d get a taste of John’s dish, Oysters St. Claude. Beautifully plump fried oysters were balanced atop dollops of rich, garlicky sauce that neither of us could resist swabbing up with hunks of the soft, French bread.

As the empty plates were whisked away, our entrees were paraded out of the kitchen, several different servers bringing our dishes all at the same time. Although John would definitely argue with me, I thought my dish was the best, two large drumsticks of slow-cooked Roast Duck with Garlic Port sauce and candied sweet potatoes. The juicy duck was so flavorful it really didn’t need the sumptuous sauce served on the side, but I used it to lovingly dip several hunks regardless. John inhaled his Cane River Country Shrimp with mushrooms and bacon over a crispy fried grit cake rather quickly, but not before I managed a few bites. 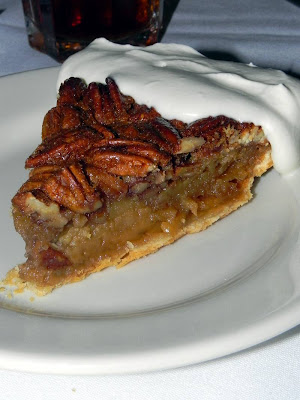 At last, there was dessert and I couldn’t resist ordering the ubiquitous Bread Pudding, Upperline’s version featuring honey and pecans in a thick toffee sauce. John, on the other hand, didn’t blink an eye when he chose the Pecan Pie that arrived with a large dollop of freshly whipped cream. Both desserts were fabulous and while we ate, we were fortunate to be regaled with stories about the restaurant and its art from Mrs. Clevenger herself. One tale that stood out was how a devoted diner was dithering over what to name his racehorse and when JoAnn suggested he name it “Upperline,” he did! Plus, after the horse was dubbed, it went on to win two successive races!

I was feeling so comfortable and welcome that even though we’d already been there for several hours, I felt like I could have easily hung out for several more. We reluctantly followed a couple of faithful diners out of the door and heard their promises to JoAnn that they’d return next week at the same time and I longed to repeat it. Upperline and Mrs. Clevenger distinctly possess the genuine “feeling” that is New Orleans and if you love this city like I do, you’ll have a hard time ending your visit.