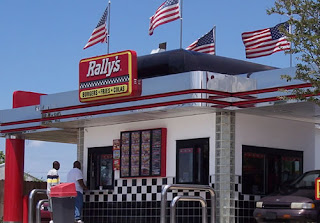 My friends often tell me I have interesting stories to tell. Stories about my life and strange incidents I experience seem to enthrall them to no end. So, here’s a perfect story to celebrate the anniversary of the first (and only) time I ever got arrested.

Once upon a time in a land called New Orleans, there was a festival called Mardi Gras. This particular Mardi Gras was in the fabled year 2004, right before the horrid devastation of Hurricanes Katrina and Rita. Actually, the devastation occurred due to poor construction of the levee system by the Army Corps of Engineers (among other things)…but that’s another story.

Lundi Gras is the day before Mardi Gras and, as it happens, the day this particular story takes place. Thousands of people lined St. Charles Avenue in New Orleans to watch the colorful floats and dance to the local bands that roll down this oak-lined street every year. Shalom, Kevin (Shalom’s husband) and Kim (me), were having a blast, catching beads from the passing floats and drinking beer that we stashed in our backpacks for mobile (and not to mention cheap) refreshment during the parades.

We were all pleasantly buzzed from the beer and after the last float ambled by, we decided to go for a quick snack at the Rally’s down the street. Kevin got in line to order French fries for all and Shalom and I took our ease at one of the available tables outside Rally’s. Hundreds of people were milling about and many were as drunk (if not more so) than the we were. You could almost see the bubbles rising from their mouths similar to the way drunk cartoon characters are displayed on T.V. But, the atmosphere was merry and everyone was treating everyone like long, lost friends.

Seemingly out of nowhere, the newly found “friend” that Shalom was talking to, a 17 or 18-year-old black guy, hauled off and slapped her across the face. My jaw dropped as I watched her husband Kevin appear like magic, grab the kid by his shirt and scream, spittle flying, “Don’t you ever touch my wife again!”

Now, I knew Kevin wouldn’t really hurt the kid, he just wanted to frighten him and being the burly 6’4″ man that he was, he would have been successful. But, an eye-blink later, no less than eight other teenagers jumped on him and began pummeling away. He was literally down on the ground, covered in a pile very angry teenagers with fists and feet flying at him from every angle. Shalom tried fruitlessly (at terrible risk to herself) to try pulling some of them off, along with help from others in the crowd watching this go down.

Where was I, you ask? I was still sitting at the table with my mouth open, wondering what I could possibly do to help. I may have a temper and can scare with a growl or shout, but generally, I am a wimp and would do anything possible to avoid actual physical confrontation. Before I could utter “What the hell is going on here?” police arrived and the fight quickly ended. For an instant, I felt relief thinking the kids who started this mess will be reprimanded, perhaps even arrested and this horrible incident will end.

Then, to my complete and utter surprise, they handcuffed Shalom and Kevin…

Well, I might be too frightened to get in the middle of a fight, but there was no way on earth I was going to let the police arrest my friends who were the victims! So, I stood up from the table and took two steps towards the arresting officers, only to find that another officer had come up behind me, grabbed my arms and cuffed me too. Calmly (with tears welling up in my eyes), I asked why I was being arrested only to receive no answer from the stoic, female officer. 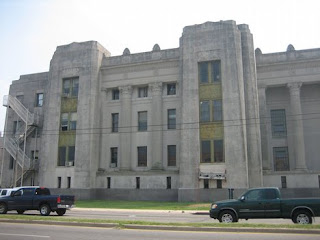 Folks from the crowd were shouting “You’re arresting the wrong people!” and came up to the officers to appeal to them on our behalf, but they wouldn’t listen. They wouldn’t even listen to our explanations of the event and the kids who beat the crap out of Kevin (tore his earlobe, blackened his eye, bruised his ribs and cut his arm open) walked away “scot-free.” So, one of my worst fears was realized as they drove us down to the police station/courthouse on the corner of Loyola and Broad and put us into a holding cell for the longest 13 hours of my life.

Naturally, they separated Kevin to the men’s side and Shalom and I were put into the women’s holding cell. I called my parents as soon as I could get a turn at the phone, only to scare the hell out of them. Of course, they didn’t believe me when I told them I had done nothing wrong…what parent would? They said they would do what they could from such a long distance, but the biggest difficulty was that we weren’t actually booked yet, and you can’t post bail till you are processed.

Most of the girls in the holding cell were like us, parade revelers caught in the wrong place at the wrong time, but there were a few “career criminals” also. A few crackheads and prostitutes who were flirting with the guards to score cigarettes (which weren’t allowed). One of the crackheads had managed to sneak in some drugs which she smoked while hiding behind the one-wall barrier that hid a foul, overflowing toilet that she hovered over while hitting her pipe. This toilet was so disgusting that I couldn’t bear to use it, even though I had had to go sooo bad after drinking Heinekens a-plenty at the parade. One toothless woman even tried to befriend us, offering us drags off the cigarettes she scored by baring her breasts (and more) to the guards.

They kept moving us back and forth to different holding cells and at one point, they separated us where Shalom had to change out of her clothes, into the orange jumpsuit and be placed in her own cell inside OPP itself! Thankfully, she joined me again a few hours later dressed back in her civilian clothes, shaking while she related her fear that we would spend at least a week here before we got out.

Finally, miraculously, we were booked at about 10AM on Mardi Gras day and, much to our mutual surprise, it was Kevin who posted bail. You see, Kevin never actually made it into the holding cell and was never booked. Due to his injuries, the cops had to either take him to the hospital or let him go home. Shalom and I were the only ones who actually had to go to court! Kevin went home, tended to his hurts, and immediately called a bail bondsman to try and get us out. If it wasn’t for the combined efforts of Kevin, Shalom’s parents and my own parents, we might have been doomed to stay there for several more days…at least until Mardi Gras and Ash Wednesday were over.

When we finally got out, I smoked a whole pack of cigarettes, gobbled down a McDonald’s breakfast, peed for at least 20 minutes, showered three times, crawled into bed and didn’t wake until early Wednesday morning.

We hired a lawyer (a friend of a friend) who listened to our story and charged a minimal fee to accompany us on the day of our arraignment. There was no trial and our records were expunged on a promise and a signature to a form that said we would not sue the NOPD for wrongful arrest. When I tell this story, people say that I should have sued, that it was in fact a wrongful arrest and that I shouldn’t have backed down.  But you know what? At the time, I was just happy it was all over.

As a side note, when I told my friends at the Circle Bar (where I would often hang out) that I got arrested, they gawked at me and said, “You? Arrested? No way!” But then they also laughed and claimed that now I was a real New Orleanian because I broke my “getting-arrested-during-Carnival” cherry. I didn’t know there was such a thing. It was definitely easier to laugh about it all after the fact.

Anyhow, from that day forward, I will no longer eat at Rally’s or go out on Lundi Gras…would you?