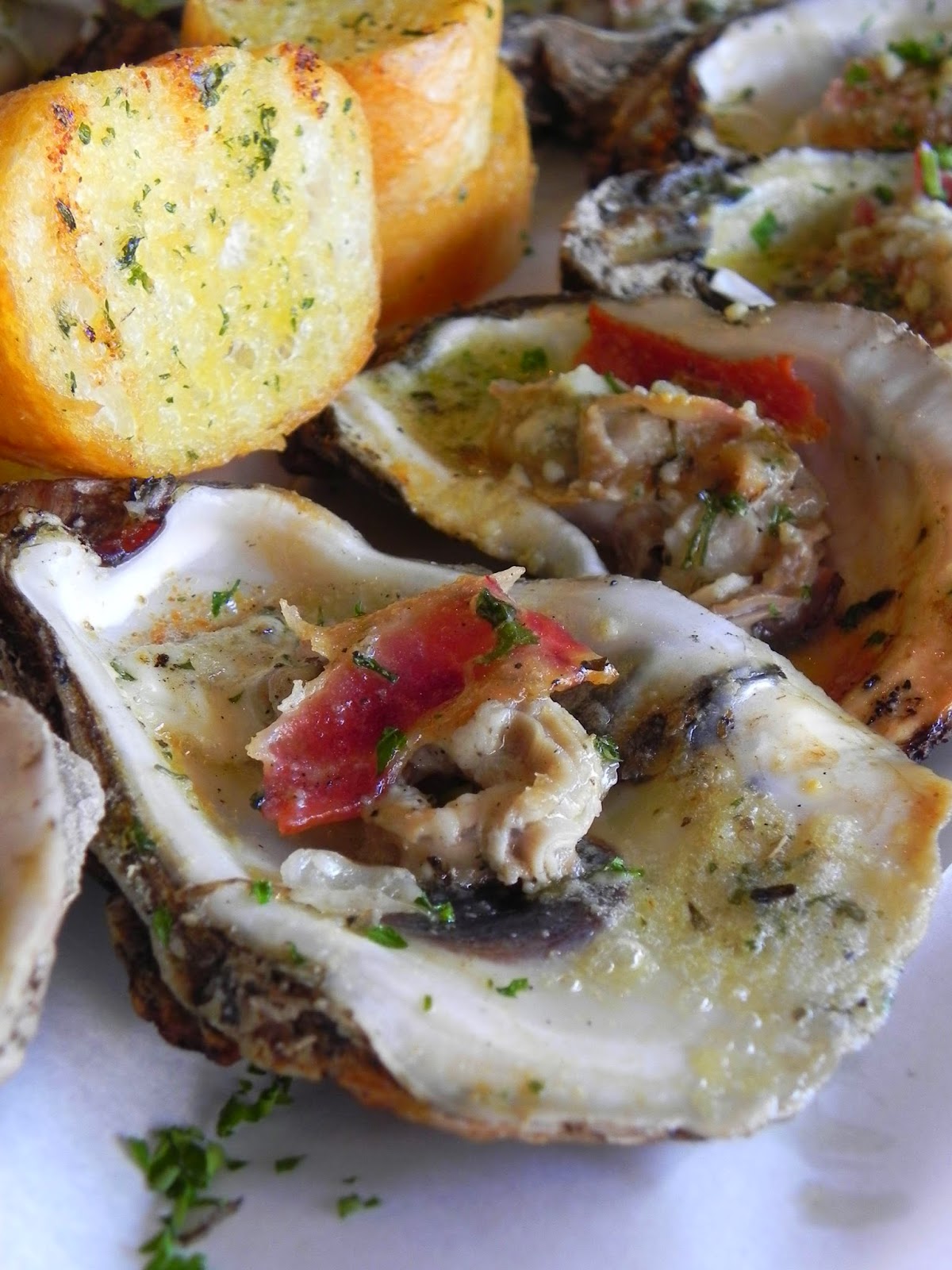 Other than food quality and service, one of the most important characteristics of a great restaurant is consistency. The reason I am comfortable recommending spots like Herbsaint, Patois, La Petite Grocery and Coquette, is because every time I’ve eaten at any of those restaurants, the food always rocks … every single time. Consistency is obviously important and it always should be. After all, how can you talk up a place where the food is only good some of the time?

A few months back, I was really excited to try The Half Shell Oyster Bar & Grill. John and I made it on a Wednesday for an early dinner. The restaurant sports a completely casual environment with a short of strip-mall feel featuring a good-sized raw oyster bar and tables both outside and in. We perused the menu, placed our order and eyed the big-screen TVs while we waited.

To start, we tried The Half Shell’s house special dubbed “Voodoo Bleu Oysters.” Freshly-shucked oysters are wrapped in bacon, topped with bleu cheese and grilled. The oysters were plump, the bacon and bleu cheese was plentiful and we scarfed them down with a will, you would have too. It’s almost $13 for only a half dozen of these beauties, but we thought them well worth it, especially since we happened to catch one of their oyster deals that day and got a dozen for the same price. 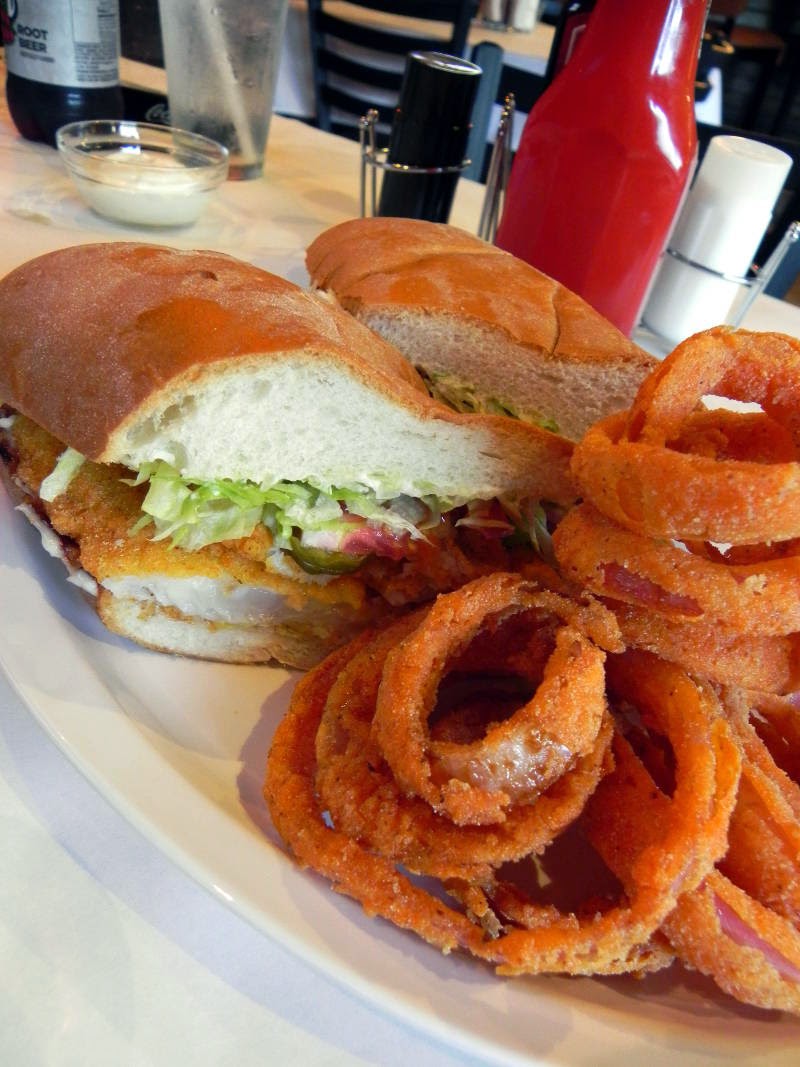 For our entrees, I got a fried shrimp platter with sweet potato fries and John ordered a fried catfish po-boy with onion rings. Though I thought my platter was a bit on on the small side, the shrimp were fat and crispy with a spicy batter, and my fries featured a bit of lagniappe with a sprinkling of sugar. John’s po-boy was perfect and the onion rings were crisp rounds of red onion that had marinated in Crystal Hot Sauce before being battered and fried, adding a tangy edge to the sweet onion.

I had to try dessert (don’t I always get dessert?), but the only item they offered was bread pudding. We got it anyhow, though it was really nothing special, not even one of the better bread puddings I’ve tasted. No matter, we enjoyed most of the dinner and wrote the dessert off as a minor loss.

Now my issue with the Half Shell is that I’ve returned several times since, and it’s never the same as that first time. Once the Voodoo Bleu Oysters (yes, I HAD to order them again) were disappointingly weak on bacon and bleu cheese content, and another time the onion rings came out as a greasy, fried pile-o-mess that I was tempted to send back to the kitchen. What happened? All I can hope is that they get it together and put consistency higher on their list of priorities, otherwise why would anyone come back? Here’s hoping!