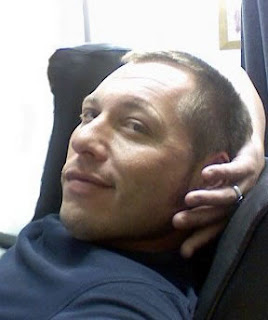 One of the most important events of my new life in New Orleans was the first time I got invited to a crawfish boil. To me, it was a pivotal, food-related experience that, like no other, had endeared me to the locals and made me feel welcome and included.

Lately, I’ve had this undeniable urge to discover if that first crawfish boil (or the first you can remember anyhow) is as important to others, both locals and transplants alike, as it is to me.  So, I thought it would be fun to interview folks from all walks of life to find out…what was your first crawfish boil like?

Beneath the shady trees in the empty courtyard behind the Maple Leaf, I met with Ryan Tramonte, a good friend and a good sport who was the first person willing to face my crawfish boil inquiry.  Ryan is the General Manager of the French Art Network, a group that encompasses four prestigious art galleries; two in California and two right here in the historic French Quarter.  He is well-known in the local art community and for his unique and hilarious art blogs on NewOrleans.Com. 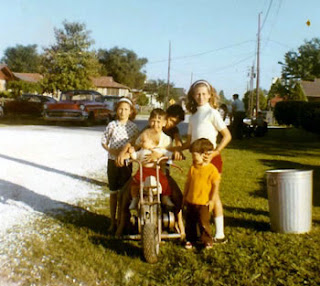 Born and raised in Lutcher, Louisiana, Ryan spent his youth surrounded by an extended family who all built houses on a large plot of his father’s family’s land that became affectionately known as “Tramonteville”. Ryan speaks fondly of his cousins (Lou, Cindy, Jodi, Dwayne, Darren, Kristy and Stevie), “they were all my brothers and sisters” and recalls bouncing from house to house where they all had five different meals to choose from on any given night, whether it be red beans and sweet tea at Maw Maw Toni’s, spaghetti at Aunt Betty’s or cakes and pastries at Aunt Tina’s who is such an excellent baker “she could open her own bakery.”

In his mid-twenties, Ryan began developing food allergies that have severely limited his dining choices, something I considered a desperate tragedy, made exponentially worse since he lives in a city that is known internationally for it’s cuisine. When I asked Ryan to share the last really excellent meal he’s had in the city, his mouth slowly widened into a mischievous smile. 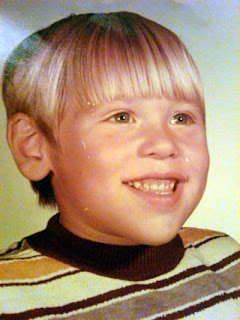 “I can’t even recall the last really good meal I’ve eaten,” Ryan confessed, “but I can remember my last dessert.”  One evening at Cochon Restaurant after imbibing a few too many, Ryan devoured two slices of white chocolate cheesecake when he couldn’t even touch his entree (at no fault to the restaurant). His love of sweets and pastries always wins out over his allergies, regardless of the consequences. His motto? “No matter how sick I get, I will always eat cake.” I suggested that perhaps Aunt Tina’s baking was too good.

When I asked Ryan about his earliest crawfish memory, he candidly relayed that he had been to so many when he was younger that they all sort of blurred together.  But he did distinctly recall when he and his parents would go “crawfishing” in the swamps on the side of the railroad tracks.  His father taught him how to manage the line and how to use “melt” (beef pancreas) as bait. “There were flies stuck to it [melt] all the time,” Ryan explained while cringing. “I had a real issue touching it, but then I had a real issue doing anything outside. My poor father didn’t have a Louisiana outdoorsman for a son at all.” 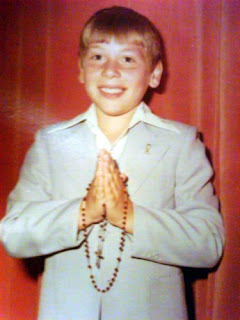 On one of these fishing trips, Ryan managed to fall onto a railroad spike that gouged a fairly large chunk of flesh from his side.  Apparently, his parents didn’t think the injury warranted a hospital visit, but Ryan, being in love with drama as he is, took advantage of his wound, spent a couple of days laid up on the couch where he undoubtedly was tended to, hand and foot. The quarter-sized scar on his side serves as a constant reminder of his fishing incident to this day.

The oft-held crawfish boils, he went on to describe, ran one into the other where he and his parents would catch a sack or two of crawfish and bring them back home. They would boil them up with potatoes, corn, onions and garlic and they would all (aunts, cousins, parents, grandparents and sister) enjoy a big outside meal on a Friday or Saturday night in Tramonteville.

At last, I simply had to ask Ryan one more question…do you suck the heads? He tilted his head and smiled at me.

“On the quality of the crawfish?” I asked.

Our laughter finally faded when Ryan looked at me and said, ” Of course I suck the heads…why bother eating crawfish at all if you aren’t willing to experience the entire process?” 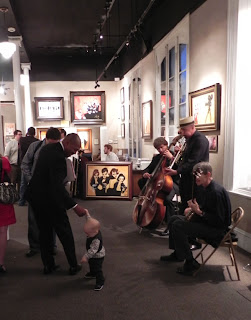 If you have not had the pleasure of attending a reception at the Galerie d’Art Francais, you are not only missing out on singular opportunities to meet incredibly famous and influential artists, you’re missing the party of a lifetime.  The past Saturday, I was lucky enough to attend a reception touting Todd White’s 2010 collection and it was one hell of a bash.

Art lovers from all over the world came to this exceptional event to meet the artist behind Sponge Bob Square Pants and possibly purchase one of his uniquely satirical paintings commenting on the shallowness of “society.” Although there were several paintings that I wouldn’t mind owning like “Derailing Trains” or “Summer in San Francisco,”  White’s originals are way out of my price range.  Nonetheless, the opportunity to view his works and meet the man behind the magic was well worth the effort (and cost) of parking in the Quarter. 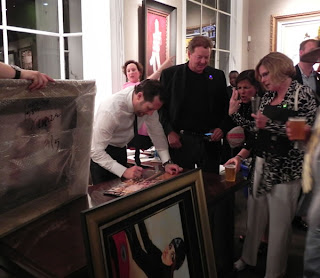 General Manager of the Galerie d’Art Francais, Ryan Tramonte, organized a fantastic party for White that had that uncanny, New Orleans knack for welcoming patrons from all walks of life. Not once did I feel uncomfortable or out of place among wealthy art collectors thanks to Tramonte’s warm, genial reception which offered “comfort food” like a delicious pork jambalaya (made by Ryan’s “Future Maybe Step-Dad” Toe) and tasty Muffulettas from who else but Central Grocery.  In addition to the home-style food, Ryan hired his favorite classic New Orleans band, Steamboat Willie, to play traditional jazz music to everyone’s delight.

While the champagne was poured and the jambalaya was devoured, hundreds of delighted art enthusiasts strolled through the gallery to appreciate Todd White’s most current works.  White himself mingled with the patrons and offered personalized autographs for fans purchasing his pieces.  He was all smiles, and perhaps a bit embarrassed, when his agent called the room to attention in order to introduce White and share a few personal tidbits about the artist. 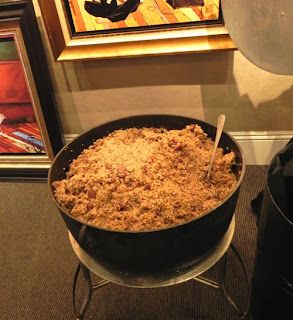 Although amusing, the fact that Todd White used to sport a mullet in high school and has a predilection for bubble baths really didn’t spark my interest.  What I did find intriguing was the carefully worded hint that White recently signed a deal with an international beverage company (one which has featured artists like Warhol and Rockwell) so we may be seeing White’s distinctive design just about everywhere in the near future.

The reception pressed on and enjoyed a full house for most of the evening from 6 p.m. to 11 p.m., a full hour after the celebration was scheduled to finish.  Salespeople scrambled to close some last minute purchases, extra food was put away and the remaining revelers trickled out of the door to head home.  Thanks to Ryan Tramonte and his staff, the reception at the Galerie d’Art Francais was an instant success and getting to meet a rare talent like Todd White was something I will not soon forget.