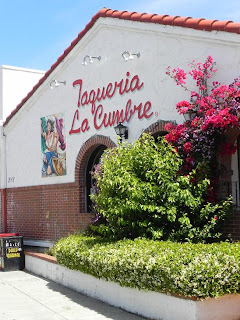 Ever since I moved to New Orleans, I have needed for nothing in the realm of incredible cuisine. From gumbo to pho, the Crescent City has a lot to choose from, but there is one item it lacks: an delectable, yet affordable burrito. Whenever I come back to visit my family in the Bay Area, I have to go to one of my favorite “hole-in-the-wall” taquerias, La Cumbre.

La Cumbre has actually been around a lot longer than I thought.  Back in 1967, La Cumbre  got its start on Valencia Street in San Francisco, setting a standard for “Mission-style” burritos in Northern California. I was surprised when my sister informed me that she actually went to high school with the owner’s son and it was he, as well as other friendly recommendations, who got my sister (and thus my whole family) hooked on the excellent burritos at La Cumbre. 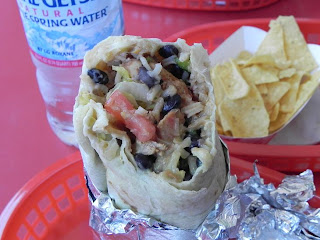 Whenever I go, I can’t help but order a Super Chicken Burrito featuring their delicious “BBQ” chicken, black beans, jack cheese, Mexican rice, guacamole and sour cream.  They are HUGE and can easily feed two people for only $7.95.  Plus, you can go to the salsa bar and load up on pickled jalapenos, pickled carrots, salsas and chips…for free!  La Cumbre’s salsa verde is far and away one of the best taqueria salsas ever and I love to pour little blobs on my burrito before each bite.

The Bay Area is definitely not lacking in great burrito spots.  In San Mateo alone I used to frequent Three Amigos and Las Palamos among others on a regular basis, but I will never pass up a burrito from La Cumbre.  I think soon New Orleans will have more choices for cheap, delicious burritos, but until then I will just have to reminisce about the place I grew up with.

In the past month, I discovered that my father’s health was rapidly deteriorating. Through the years, he’s endured asthma, emphysema and two triple-bypass heart surgeries. After several frantic telephone calls and too many unanswered questions, I returned to my birth city of San Mateo to be with my family during this difficult time and to more closely monitor my father’s condition. On the day I left Louis Armstrong Airport headed for San Francisco International, my dad was admitted into Peninsula Hospital after they discovered he had a blood infection. Before he was admitted, his condition was so bad that he couldn’t walk at all and could barely form his words. 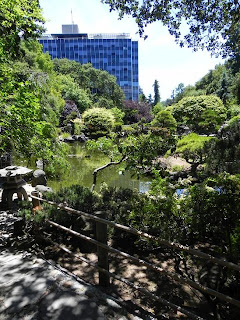 In the past couple of days, I have watched the color return to my father’s face and strength return to his limbs after being treated intravenously with antibiotics. Being the father of four children (and two grandchildren), plus being the “alpha” male among his brothers and cousins, when my father loses strength, it’s like the entire family feels a loss of stability. My mother and sister were especially affected in their daily efforts to care for him and interpret what the doctors meant behind all of their words, but we all needed a break when the smoke had finally cleared.

We decided to take advantage of an unusually gorgeous day (summers in the Bay Area are notoriously cold) and visit the Japanese Tea Gardens in San Mateo’s Central Park. 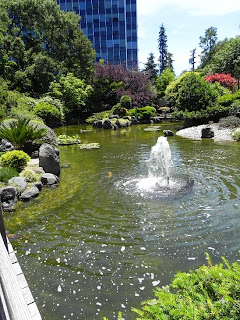 Although I hadn’t visited this gem in at least 20 years, it seemed like the perfect outing. As we entered the wooden gates to the garden, I almost gasped…I had almost forgotten how beautiful they were. 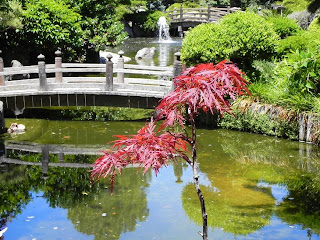 A landscape architect from the Imperial Palace of of Tokyo designed the Tea Garden for the city of San Mateo back in the mid 60’s commemorating its designation as a “sister-city” to Toyonaka, Japan. The garden features bamboo groves, a tea house, a granite pagoda and a large koi pond. The flora is gorgeous at any time of year, but it is especially impressive in the springtime and winter. 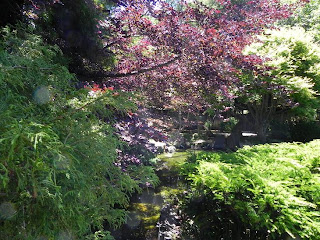 Although the Japanese Tea Garden is located right in the heart of downtown San Mateo, there is an overwhelming sense of peace and tranquility present in this more intimate version of the gardens in San Francisco. Many people have weddings here and it’s easy to understand why. 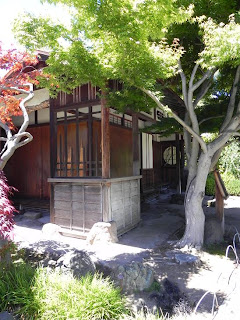 My sister, mother, niece and I wandered around the little paths, crossed the small wooden bridges and peered into the waters of large koi pond. Strolling through these simple, yet elegant surroundings did a lot to help us renew and regenerate after the stress of almost constant uncertainty. I could feel the tension draining from my sister and mother as we enveloped ourselves in its serenity. 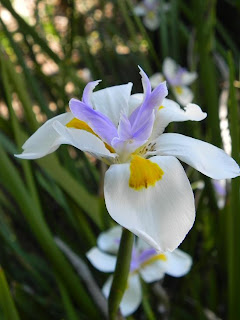 Next time, I hope we can bring my dad too.