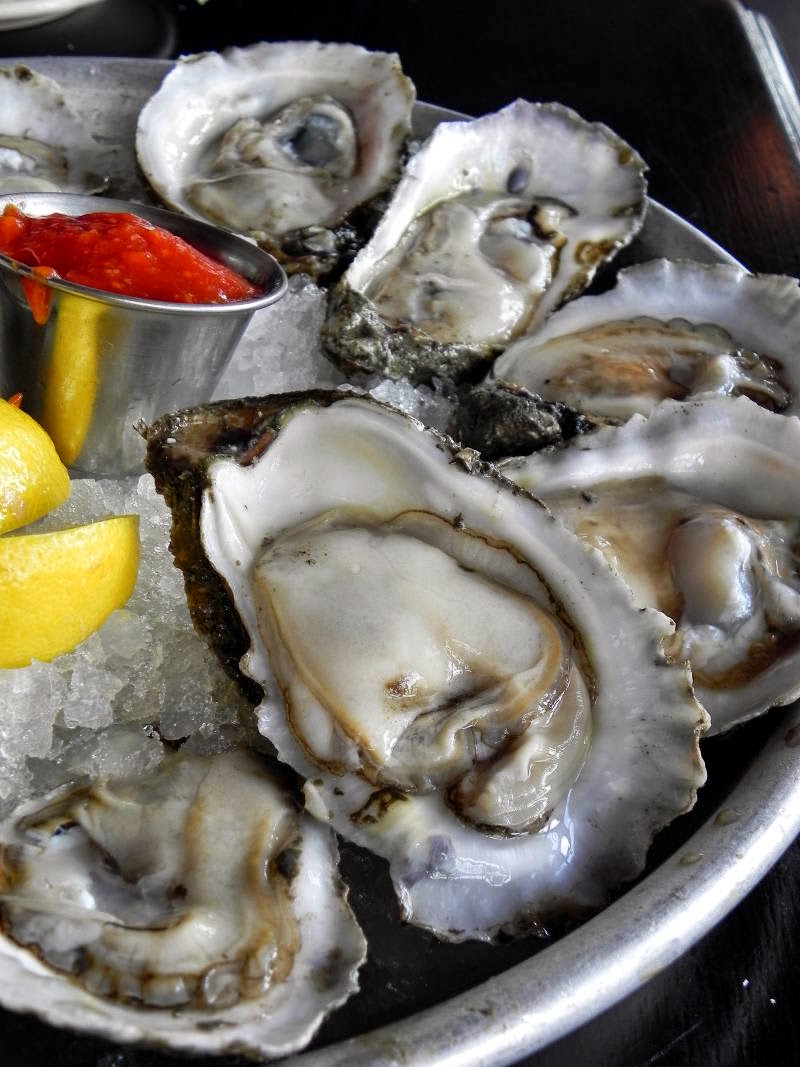 Other than wickedly potent margaritas, I’m not a huge fan of Superior Grill. The service can be quite sloppy and the so-so cuisine can be phenomenally expensive (ever been during Mardi Gras?). That being said, I do have some great memories of that restaurant, one which particularly stands out because I met one of my best friends there for the first time after she answered my platonic ad on Craigslist.org. An innocent, meet & greet lunch turned into a full day and night of drunken debauchery and it all started with a few pitchers of Superior’s notorious margaritas.

Considering my attitude towards the “Grill,” it should come as no surprise that I was a bit leery of the fairly new Superior Seafood & Oyster Bar that opened up a couple of years ago. But, much to my pleasant surprise, I discovered that Superior Seafood is … well … pretty damn good. Sure, their price to portion size ratio is a little skewed and sometimes it can get so loud in there, it’s hard to hear someone talking right next to you, but all in all … my visits have been quite enjoyable. 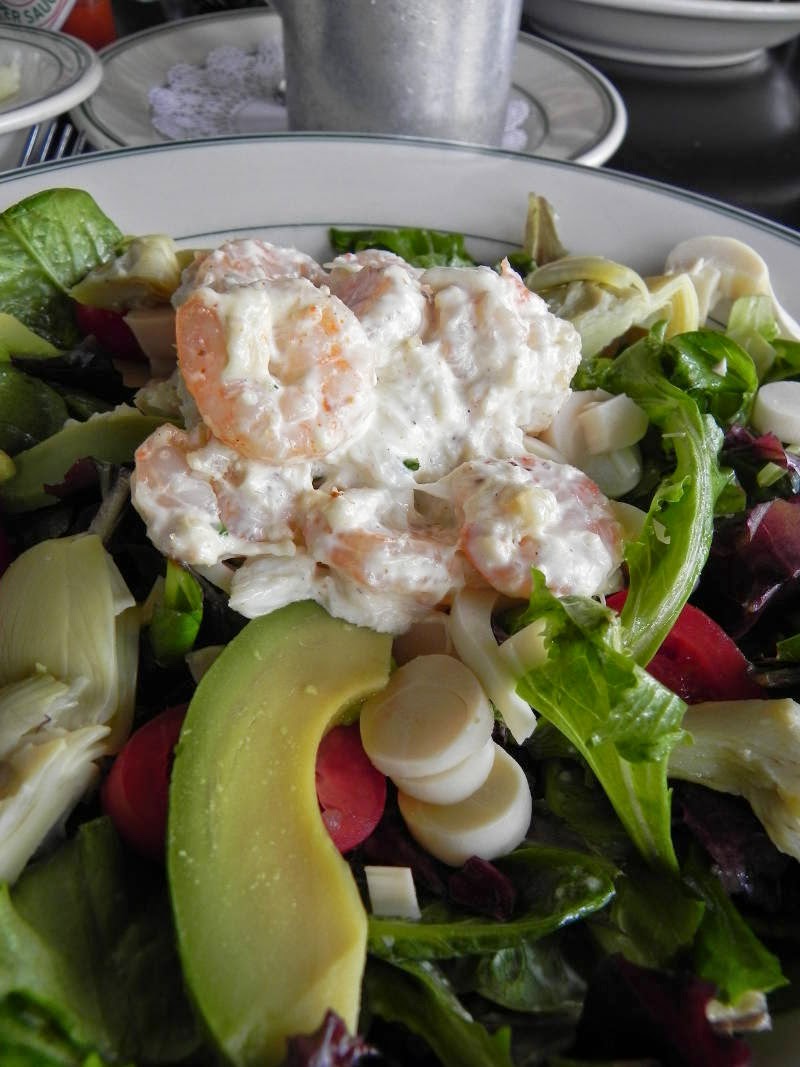 For example, a few months back I met my friend Jeanne there for lunch. This wasn’t one of my usual feasts, just a casual meal where hanging out was far more important to me than pigging-out … but I couldn’t help but take pictures. Once a foodie…

Jeanne and I started out with a little bit of booze, I had a crisp Mojito and she chose a glass of white wine. We also couldn’t resist ordering a dozen raw oysters which turned out to be these huge, plump and briny beauties that I easily could have slurped on for the rest of the day.

For our entrees, Jeanne ordered the Mussels in Meunière which were steamed and served with a cone of crispy French fries, that she couldn’t resist dragging through the sauce. They also brought a loaf of warm French bread to the table that was much more effective at sopping up all that rich, buttery goodness. 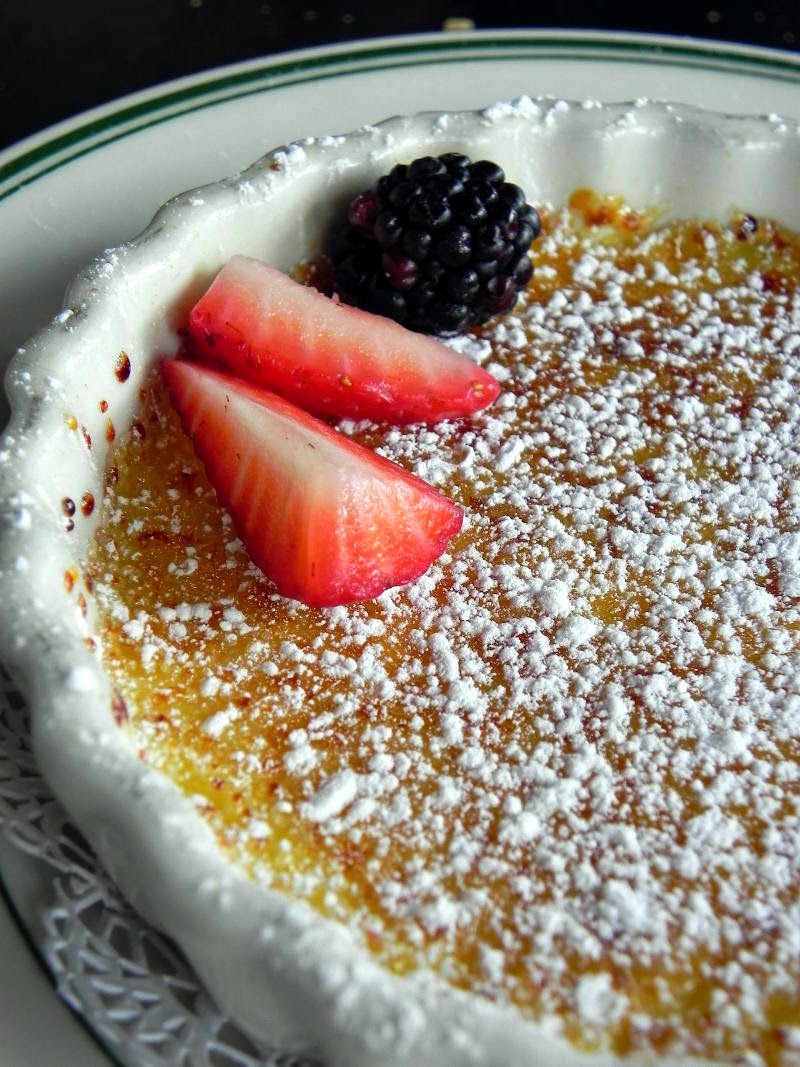 For many reasons (which I won’t go into right now), Superior Seafood reminded me of a California restaurant I used to frequent with my mother where I would always order a Shrimp Louie Salad. So, when I saw their Maison Seafood Salad, I couldn’t resist. It turned out to be just what I hoped for with a dollop of boiled shrimp and crab meat mixed with a “Maison” sauce which closely resembled a remoulade. The salad also featured artichoke hearts, fresh avocado, heart of palm and bright tomatoes. I was a bit disappointed because it seemed a bit light on the seafood side, but the salad was crisp and creamy, exactly what I was hoping for.

Although it’s rare if I can convince Jeanne to indulge in a dessert, we couldn’t resist a simple Crème Brûlée, especially when our server informed us that it would only cost $1! Who can say no to that? Not to mention the fact that it came out perfect, with a crisp, burnt sugar top that my spoon cracked oh-so pleasingly and a light, slightly sweet custard underneath.

To end on a cheesy note, like I always seem to do, Superior is seriously superior to Superior. HA!

Since I went out to several places last week, all of which were equally delicious, I think it might be best if I just do a quick run-down. You see, none of these places were what I intended to be my usual, weekly pig out, but I figured I’d eaten out enough for one week and decided to offer this mini food medley.

First, I had lunch on Wednesday with my first New Orleans employer and friend Jay at Trū Burger. I scarfed down “The Charlie” burger with bacon, Swiss cheese, house made coleslaw on a butter toasted bun and we shared some onion rings, their latest side! 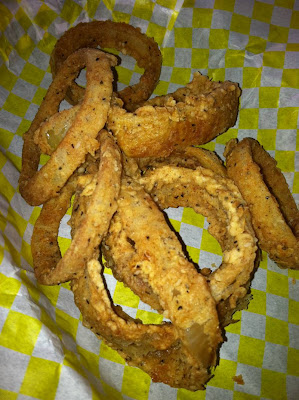 On Thursday, I was invited to have lunch with Lorin at the brand new Superior Seafood & Oyster Bar on the long-neglected corner of Napoleon and St. Charles. I realize it’s a seafood joint, and their BBQ Shrimp did rock, but what I can’t stop thinking about was the Beef Carpaccio with pickled okra, thick shavings of Parmesan and horseradish mayo…I could have eaten the whole plate. 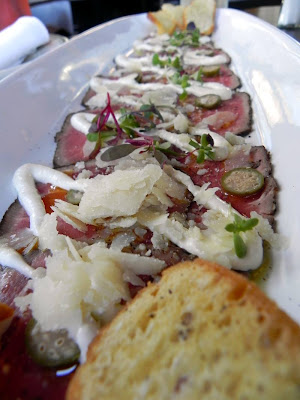 Finally, on Friday I went and had won ton soup and fried egg rolls with my good friend Anne at Pho Tau Bay. It had been a while since I’d seen Anne (or the soup!) and we had such a fabulous time… 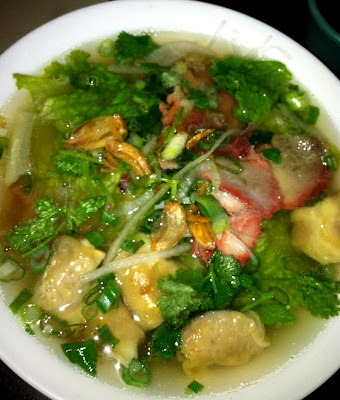 …that we stopped off at the Hong Kong Food Market on Behrman Highway and got a ton of sweets like steamed cheesecake, butter buns and even Cream Collon. 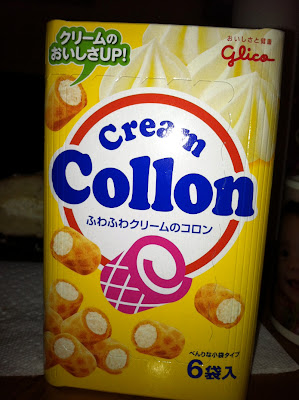 Believe me, they taste a hell of a lot better than they sound.