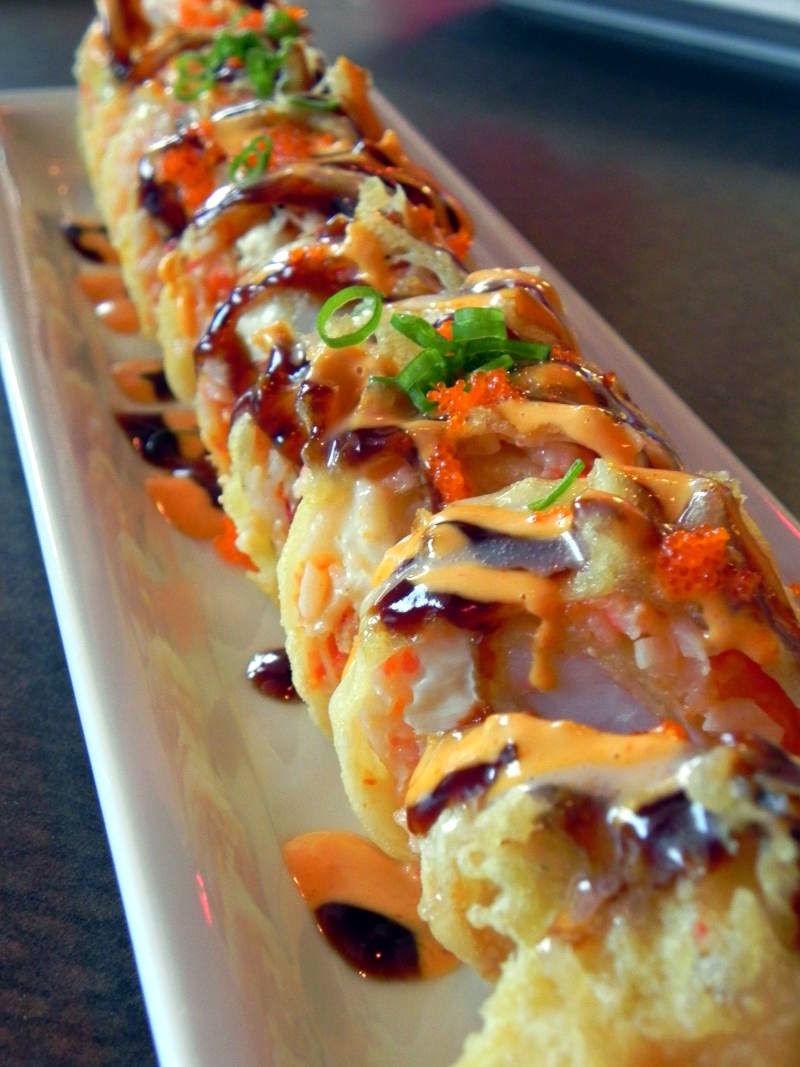 A lot of folk claim there is one type of food that they know they could eat every day for the rest of their life. For me, that food was sushi. Since my first taste of salmon nigiri in a tiny, Japanese restaurant off 19th Avenue in San Francisco almost 20 years ago, I was hooked. My friends and I used to hit up Fuji Sukiyaki in San Mateo where we would literally gorge ourselves on the special rolls — from a simple Crunchy Roll to a Dragon Roll and everything in between. (*Note: Remind me to tell you about the time my friend Wilson was dared into eating a huge wad of wasabi.)

When I came to New Orleans and met John, I took him out for his first taste of sushi and he loved it as much, if not more, than I did. It got to the point where if we ever went out for lunch or dinner, more often than not, we’d end up at a sushi joint.
A few months back, John and I realized that it had been months since we indulged in our favorite food, so we went out to try one of the newest Japanese restaurants in our area, Asuka Sushi & Hibachi.  You know that weird triangle between Short Street and Fern on Earhart Blvd., the one with a jeep that looks like it crash-landed into a fake palm tree? That’s where you’ll find Asuka, right in front of the Daiquiri Island Sports Bar. 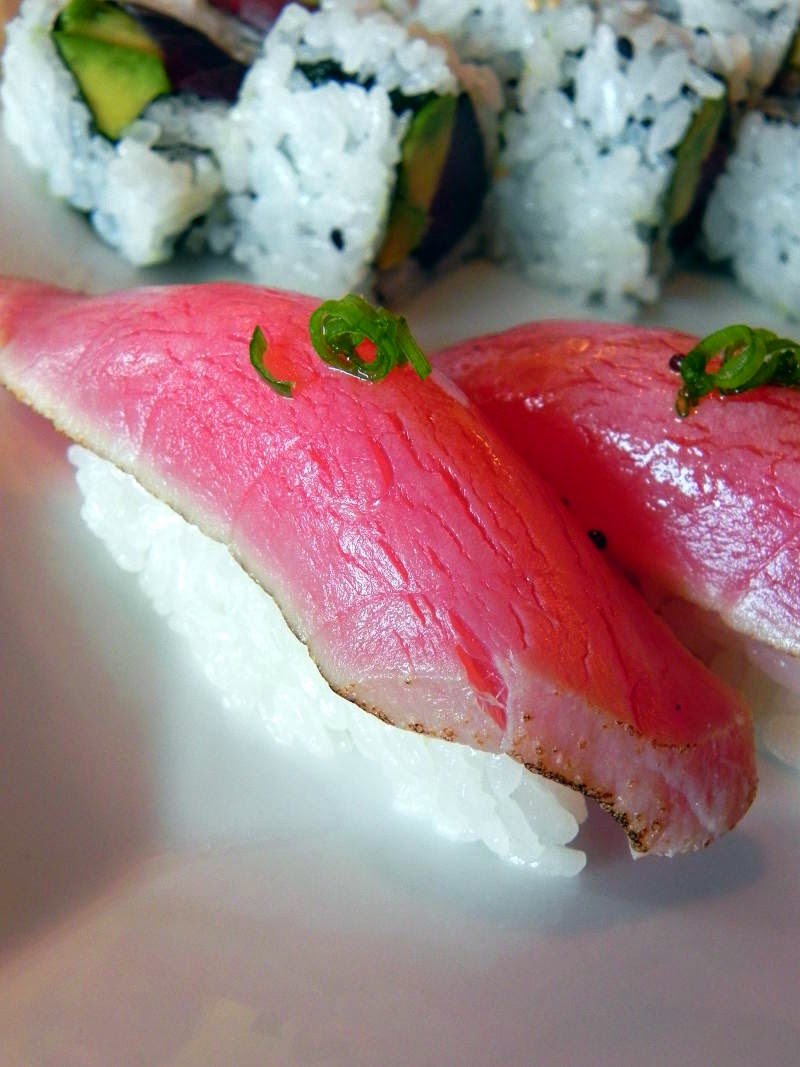 When we arrived, the restaurant was empty and kind of dark, but a server quickly came out from the kitchen and offered us a seat at one of the booths. We browsed the menu, ordered several items and sipped iced green tea while we waited.
Since we only ordered rolls and nigiri, everything came out at once. We got a Crazy Roll with tempura shrimp, spicy tuna, avocado and masago (roe) in a soybean wrap and topped with eel sauce, and a Louisiana Roll (the whole thing was battered and fried) with tempura shrimp, snow crab, crawfish, avocado, masago and cream cheese topped with their own “special sauce.” We also got a Crunchy Roll, a Tuna Avocado Roll and Tuna Tataki Nigiri.
Now don’t get me wrong, all of the rolls were delicious and for people who love the big, extravagant, Westernized rolls, they were perfect. But, when it came down to it, John and I enjoyed the Tuna Tataki the most, just simple, seared tuna with green onion and ponzu sauce. Perhaps it was because our palates had developed since our last sushi extravaganza, but the big showy rolls no longer held any fascination for us. In fact, they all started to taste the same.
In our subsequent sushi adventures, we’ve stuck to simple rolls (like tuna and avocado), nigiri and sashimi, enjoying them as much as we did the elaborate rolls. Why mess with a good thing? We have Asuka to thank for that revelation.

One thought on “Insight at Asuka Sushi & Hibachi”