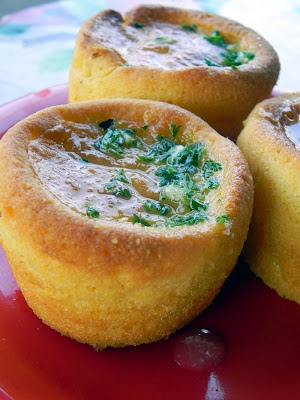 Realizing I’ll draw a lot of flak from avid fans, I have to stand my ground and claim (without fear) that Jacques-Imo’s Cafe is a bonafide tourist trap. Chef/owner Jack Leonardi deserves unmitigated props for the buzz about the unique eatery he’s established on Oak Street, a restaurant that attracts a ridiculous amount of patrons who come in from the burbs, as well as all over the country. Living around the corner, I can attest to the literal swarm that forms out in front of Jacques-Imo’s as soon as the doors open…if not well before. I’ve even publicly (and vociferously) complained about the city’s cabbies who hover like greedy vultures, waiting to pick up anyone who’s leaving and thereby causing serious traffic issues on Oak Street from 5pm till the restaurant closes at around 10:30pm. What’s all the fuss?

I’ve dined at Jacques Imo’s on several occasions and have found the experience just “OK,” but the number of devoted diners who flock to the restaurant every weekend haven’t slacked in the eight years I’ve lived here, it’s only gotten worse! Seeing as it had been over five years since the last time I tried Jacques Imo’s, I considered the possibility that perhaps the food has improved and I was missing out on something really spectacular. Last week, John and I decided to try it again. 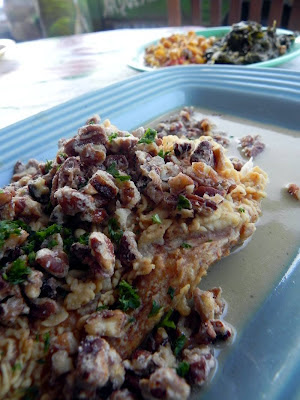 We chose to play it safe and show up right around 5pm like an elderly couple trying to catch the “early bird” special. It was either that or stand around for an hour or two waiting impatiently for a table. Even though we arrived early, there were still a number of diners waiting, but luckily got seated right away since we were only a party of two. We chose to sit outside and scored a table next to the front window. Thankfully, the other waiting patrons gave us room and did their best not to linger over us while we ate.
After ordering, we were immediately served a complimentary plate of cornbread muffins whose depressed tops supported a small pool of melted butter sprinkled with parsley. They were sweet and tasty, and we munched them down while watching the crowd swell around us. For our appetizer, I was tempted to order the Deep Fried Roast Beef Po-Boy which made John’s nose squinch up in opposition, so we opted for Crab Meat Stuffed Shrimp with Magnolia Sauce instead. The stuffed shrimp were fried to perfection, but after sitting in the “Magnolia” sauce (which was just a thin, tomato-basil cream sauce) everything got goopy fast. Additionally, there was a negligible amount of crab in the stuffing, so John and I were left with soggy breadcrumb glop that we scraped off and just ate the shrimp by itself. Regretting our choice of appetizers, we chalked it up to bad luck and kept our hopes up for the rest. 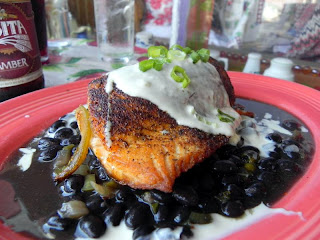 Our quick and highly efficient waitress soon arrived with our entrees. John decided to get the Mushroom Stuffed Salmon with black beans and a (watery) ginger cream sauce which was actually quite delicious despite the super-sloppy presentation and odd lack of mushrooms. He also got two sides, some lackluster red beans and smothered cabbage that he didn’t touch again after the first bite. I chose the Pan Fried Drum with pecan meunière sauce, which is made from brown butter, parsley, lemon and toasted pecans. There wasn’t much sauce on the plate and what was there was not very flavorful. The fish had a thick, flour-based crust (that was also rather bland) and it was topped with, oddly enough, sugared pecans. My sides of choice were corn maque choux and “country greens” meaning collard, mustard or turnip greens, depending on what was in season. The greens were tasty, but I’d definitely enjoyed better maque choux elsewhere. 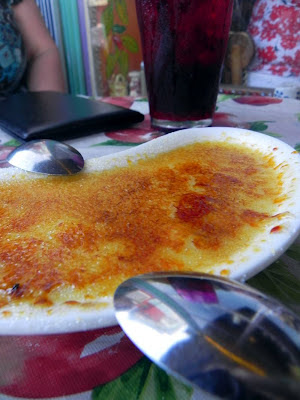 With a choice between bread pudding and crème brûlée for dessert, we opted for the latter, but were a little put off by the presentation when it arrived in a kidney shaped plate that reminded me of an emesis basin. A friend told me later that in antique china sets, that particular dish was referred to as the “bone dish” used for (surprise, surprise) discarded chicken/beef/pork bones. Despite the strange container, the crème brûlée was easily the highlight of our whole meal with a crisp, burnt sugar top and a perfectly creamy custard interior.
Why do I think Jacques-Imo’s a tourist trap? Well, for starters, they charge fine dining prices for a plastic plate and tablecloth atmosphere. In fact, you can get trout meunière at Galatoire’s for almost $1.50 less than Jacques Imo’s! Naturally, Galatoire’s offers their fish à la carte, but the whole dining experience is completely different where servers are at your beck and call, you dine on fine china and you’re surrounded by awe-inspiring elegance in a restaurant that has been around for over a century…in the heart of the French Quarter no less. Finally, it seems to me that folks who visit Jacques Imo’s are paying for the “New Orleans experience” which is, in this case, interpreted through tacky wall murals depicting the Louisiana swamp, gators and all, and an abused, brightly painted pick-up truck that also serves as a dining space.
*Tip: If you stroll only a few blocks in almost any direction from Jacques-Imo’s, you’ll find remarkable restaurants that will cost the same (or less) and you’ll enjoy fantastic cuisine and excellent service in a relaxed atmosphere for an unforgettable dining experience (*cough* Dante’s *cough* Boucherie *cough* Cowbell *cough*).