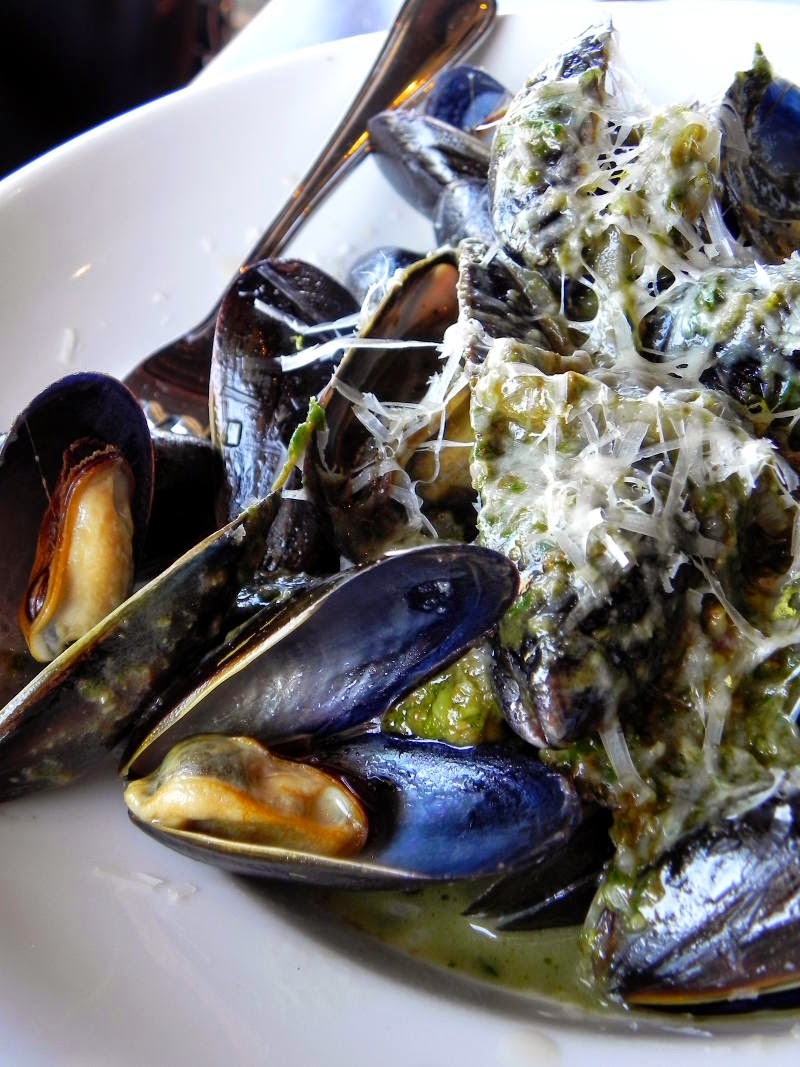 First impressions can be a bitch. For example, the first time I walked into Salú on Magazine Street, I was pretty disappointed. I only stayed for a couple of beers and some French fries, but the whole restaurant and menu left a chain-restaurant taste in my mouth. There was this unmistakable aura of Chili’s or Applebee’s hanging over the place and I just couldn’t shake it … at least not enough for a return visit.

A few months ago, I was working on a fun little piece about ceviche and saw that Salú offered a bay scallop version on their menu. So, I dragged my buddy Anne with me to go and check it out. When we got there late in the lunch hour, the restaurant was mostly empty. We were seated right away and had a terrific server who was attentive from the get-go. Anne and I chose a bunch of different plates to share, perhaps a bunch too many, but no one was complaining.
The first dish to arrive was their “Ceviche de Salú” with small, bay scallops, pieces of shrimp, tomatoes and cilantro all marinating in a cool lemon/lime mixture and served with warm tortilla crisps. The ceviche looked divine, but had an overwhelming fishy taste that took us aback. We ended up sending it away, but we were still determined to go on with our meal. It was so odd that the dish I went to Salú to try turned out to be the worst item on our list, but, as they say, it can only go up from here … and it most certainly did. 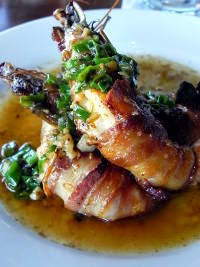 Completely counteracting the disappointment from our first dish, the second came out and wowed us right down to our bellies. We inhaled a bowl of perfectly steamed mussels draped in shaved Parmesan and resting in a pesto broth that was so addictive, we squeaked when the server tried to take the bowl, explaining that we simply had to soak our French fries in the leftover sauce.

The next dish had us drooling before it reached the table, Broiled Gulf Oysters topped with crispy, house made bacon and swimming in herb butter. These amazing mollusks were so incredibly delicious, we had no choice but to order another round, even though we already had more plates coming out. We did indeed order that second round and no, our eyes were not too big for our stomachs … we gobbled the whole shebang.
Our next two items came out together, a plate of Lamp Lollipops, two small, tender lamb chops that were seared to rare done-ness and drizzled with a mint chimichurri, competed with bacon-wrapped prawns. Both dishes were excellent, the lamb flavorful and juicy and the huge shrimp laden with smoky bacon … I mean, can you go wrong with bacon? I started to feel like I could sit there and keep eating all day.

We finished off the feast with a flourless chocolate cake that was topped with freshly-whipped cream and served with a rich, chocolate sauce. Anne and I both couldn’t breathe too well afterwards and I’m pretty sure the waitstaff was prepared to roll us out on dollys if need be, but we squeezed back into Anne’s car and headed home. All I can say is Salú! Salú! I am sorry I misjudged you!