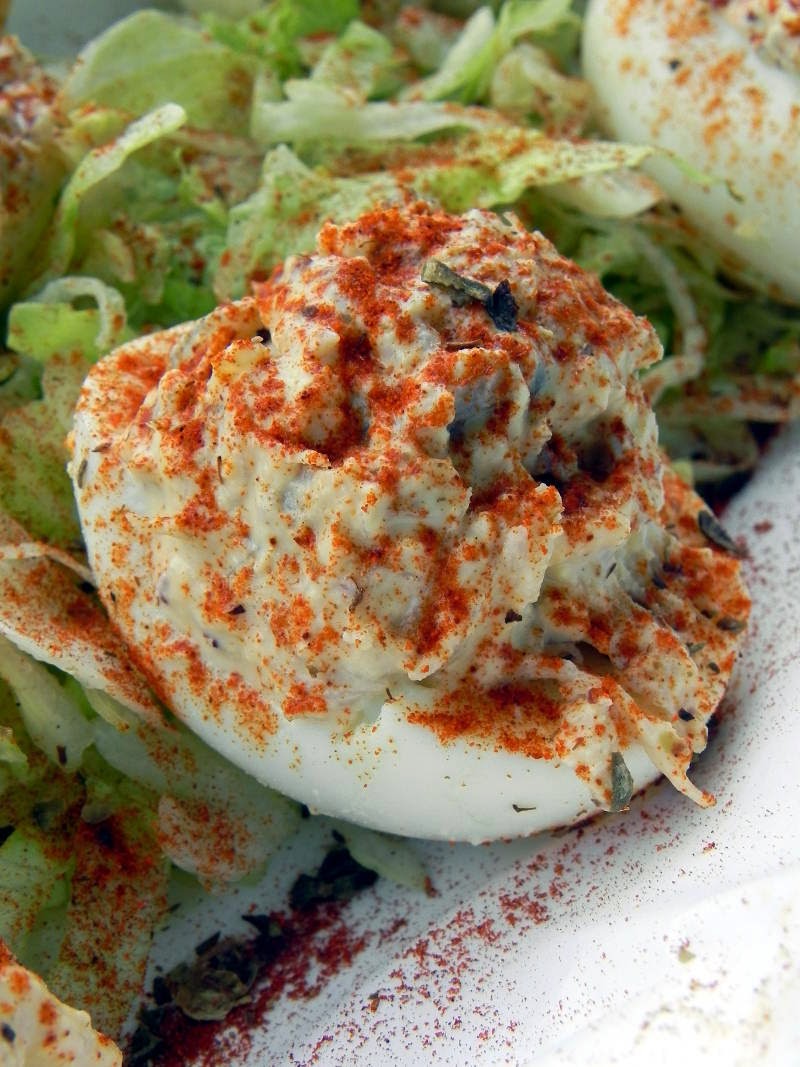 *Update – Since posting this blog a few hours ago, I received a note from the owner concerned that readers would believe this experience occurred recently. So, for those who skipped the first phrase, this happened several months ago in September of 2014.

Several months ago, John and I decided to quit procrastinating and have lunch at The Sammich, one of the newest restaurants to open in the Riverbend. Previously, The Sammich had been a sort of permanent pop-up inside Chickie Wah Wah, a popular local music venue on Canal Street, and we were excited to see it land its own digs on Maple Street in our neighborhood.

After ordering at the bar, we chose a table outside to be less obtrusive with our picture-taking and to enjoy a rare day of sun (it was still winter, after all). Everything came out at once, but we started with an appetizer of deviled eggs stuffed with Louisiana crab, capers and cornichons (small French pickles). Now I realize, picking the meat out of Louisiana blue crab can be a tedious project and from time to time, shells will get into your final product no matter how fastidious you are. But, on this particular occasion, every single deviled egg had a minimum of two or three shells. It got to the point where we would take a bite out of one, find a couple of shells, and then try a bite of another … only to find more! The wonderful flavor kept us interested, but not for long. We just hoped our “sammiches” would make up for it. 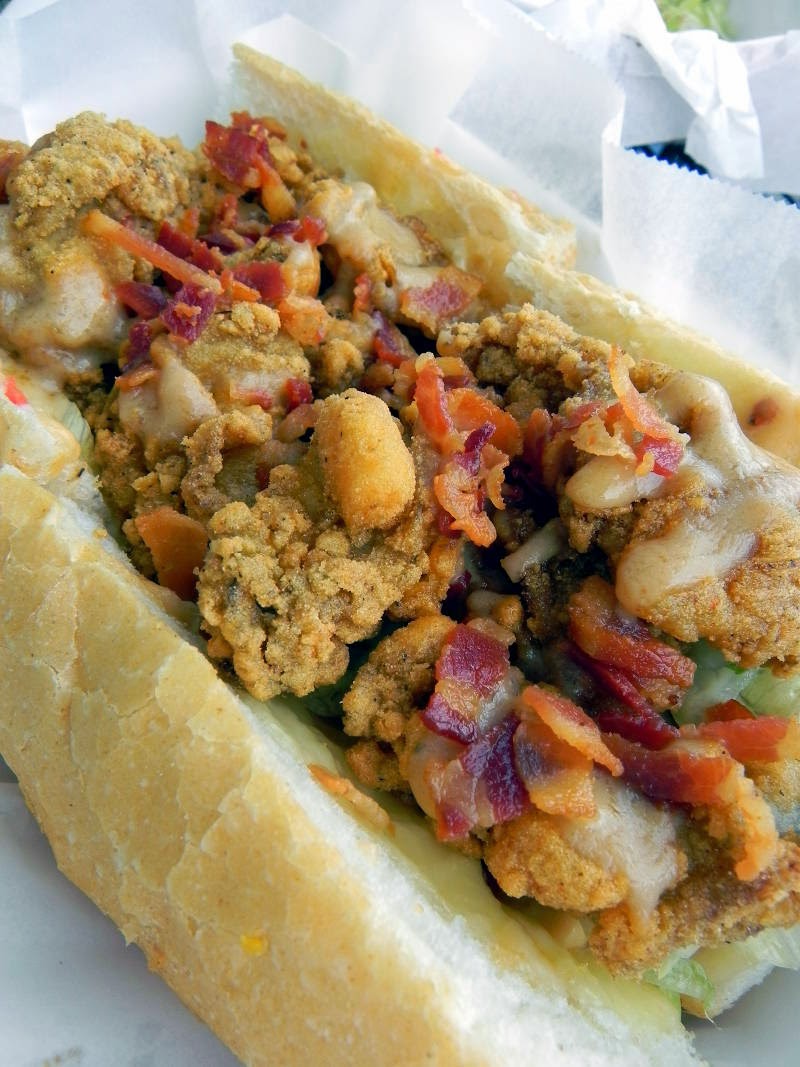 John ordered their “En Brochette” Sammich with fried oysters, bacon, brie and meunière. Though I am not a big fan of mixing cheese and seafood, I really enjoyed this sandwich, enough to dub it a “sammich” indeed. Unfortunately, my order was not. I chose the New Orleans-style BBQ shrimp cooked in Abita Turbodog with blackened avocado mayo. The shrimp were juicy and perfectly cooked, but the Turbodog gave the whole sandwich a bitter aftertaste that I simply couldn’t get past and I ended up leaving the rest, stealing the other half of John’s sammich because I was starving.

Since I’ve heard fellow foodies rave about The Sammich, extolling everything from their flash-fried escargot to the tempura-fried lobster knuckle sandwich, I will definitely have to give it another go. Only, I don’t think we’ll ever order the deviled eggs again…

One thought on “What the devil? Lunch at The Sammich”